To Us, It’s Obvious! Company Growth is ∞ (Unlimited) without Management

Part 1 "First, let’s introduce each other’s companies”
Part 2 “Skills necessary for the future”
Part 3 "Super Flat organization a.k.a. Super Muscular athlete!?”
Part 4 "Going along with capitalism VS Breaking free from capitalism”
Part 5 "What is the decisive difference between Colorkrew and Sonic Garden?”

Part 5 "What is the decisive difference between Colorkrew and Sonic Garden?”

Kuranuki
I think the management is quite different from a business perspective and an engineer perspective, but after listening to today’s discussion, the professions are the same, not pursuing numbers with the same management, ...What is the difference between Colorkrew and Sonic Garden management?

Keiji
While discussing, I noticed it was more similar than I had thought.
The slight difference is my glistening impression-like manner of “do something in the world”.
It’s not just me, but all of Colorkrew, we want to impact the world with our service.

Keiji
When doing new things, there will be conflicts and you’ll be vulnerable to criticisms, but you still want to do something in the world.
It’s the realization of Mission and Vision.
From there the company recovers and gradually starts marginalizing, we were then able to take time to challenge our own heights.
When motivation isn’t rising and challenges aren’t taken, growth stops and it becomes a negative thing, so I believe it’s my job to step in this situation.

Since it takes time for new jobs to create the future, criticisms are not only said to external shareholders but also internally as well. Such as “until when are you going to do that”. 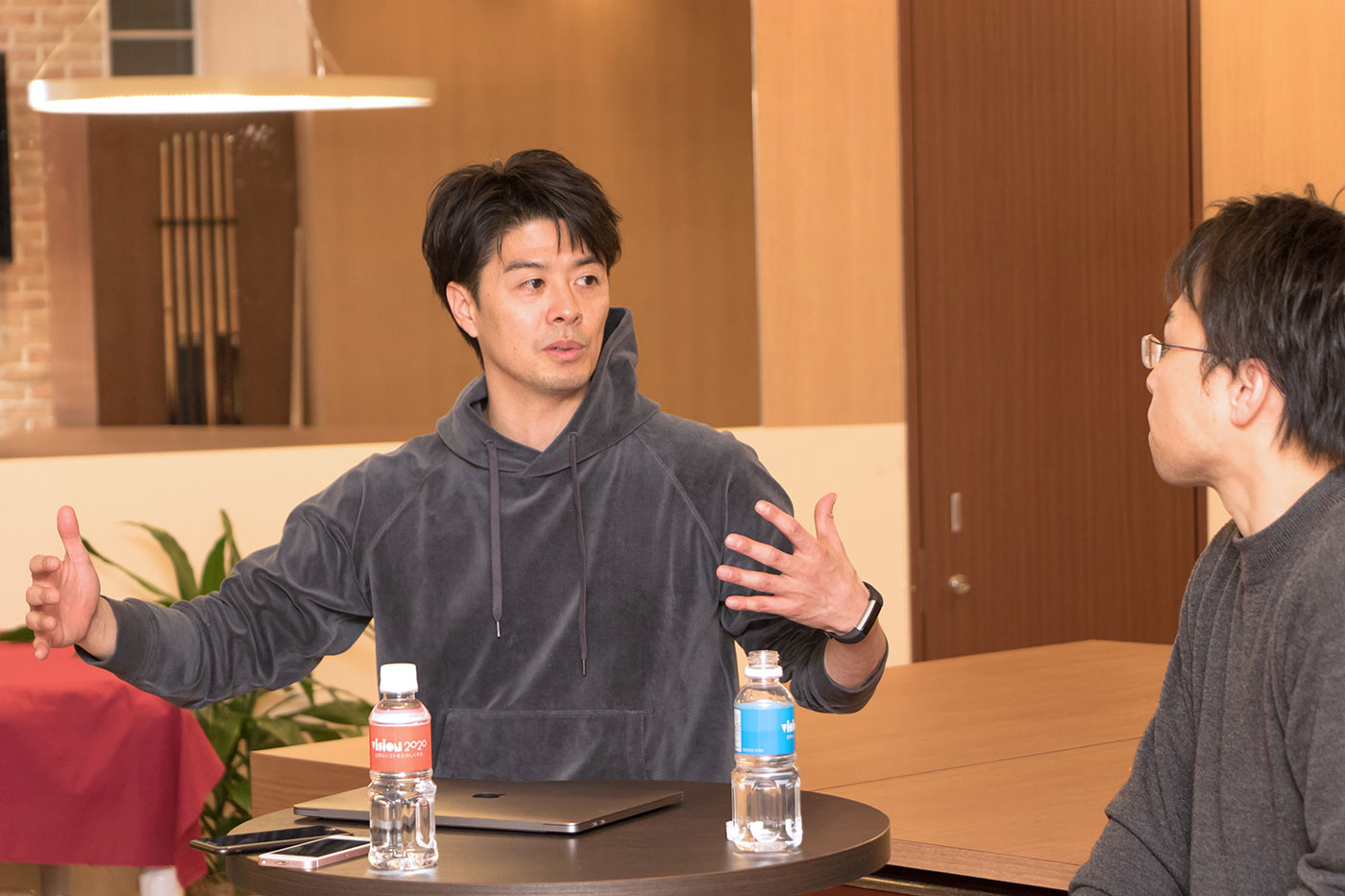 Even still, you still want to give a good impact to the world with some kind of services. It’s something like social good. I want to do something that my grandchildren can be proud of that they’ll say things like “my grandfather made that bridge”.
Since we’re IT, my personal thought is I want to say we changed the world through services and products, I think there are sympathies in regard to that.
However, we can’t spend 1 year in recruitment because it’s hard when time is required to hire more employees in a timely manner. (laughs)

Each Person’s Thought of “President’s Responsibility”

Kuranuki
I agree. The destination is clear.

Keiji
Even for members who like Colorkrew, it may be quite difficult to keep up as the company level rises.
So, if there's someone who thinks they fit with Colorkrew's current level, someone who can do what they want in the world outside of Colorkrew even if for a moment, or someone who likes the company but wants to progressively graduate, that'll be great.
While being at Colorkrew, there is growth as a sense of value.
The company wants excellent members to fulfill its vision. Individuals get their market values being at Colorkrew. I think I’d like to successfully circulate such rotation.

Kuranuki
I understand.
I’ve often been asked about the responsibilities of a president as well, but since the company’s establishment was made by MBO from internal venture, it wasn’t made from nothing, and in present time the company doesn’t know what will happen itself in the future.
If it was a Showa President, I think it’s the feeling of “I will protect you all no matter what, follow me!” but it’s not that kind of character. (laughs)
Instead of saying "I don't know when we'll fail, and when we do, I'm sorry", to a new employee, I think it’s my job as the president to present the chance to grow as an admirable personnel even if Sonic Garden is gone.
I think responsibility isn’t handing out money, but giving a person an environment to grow no matter what and wherever. 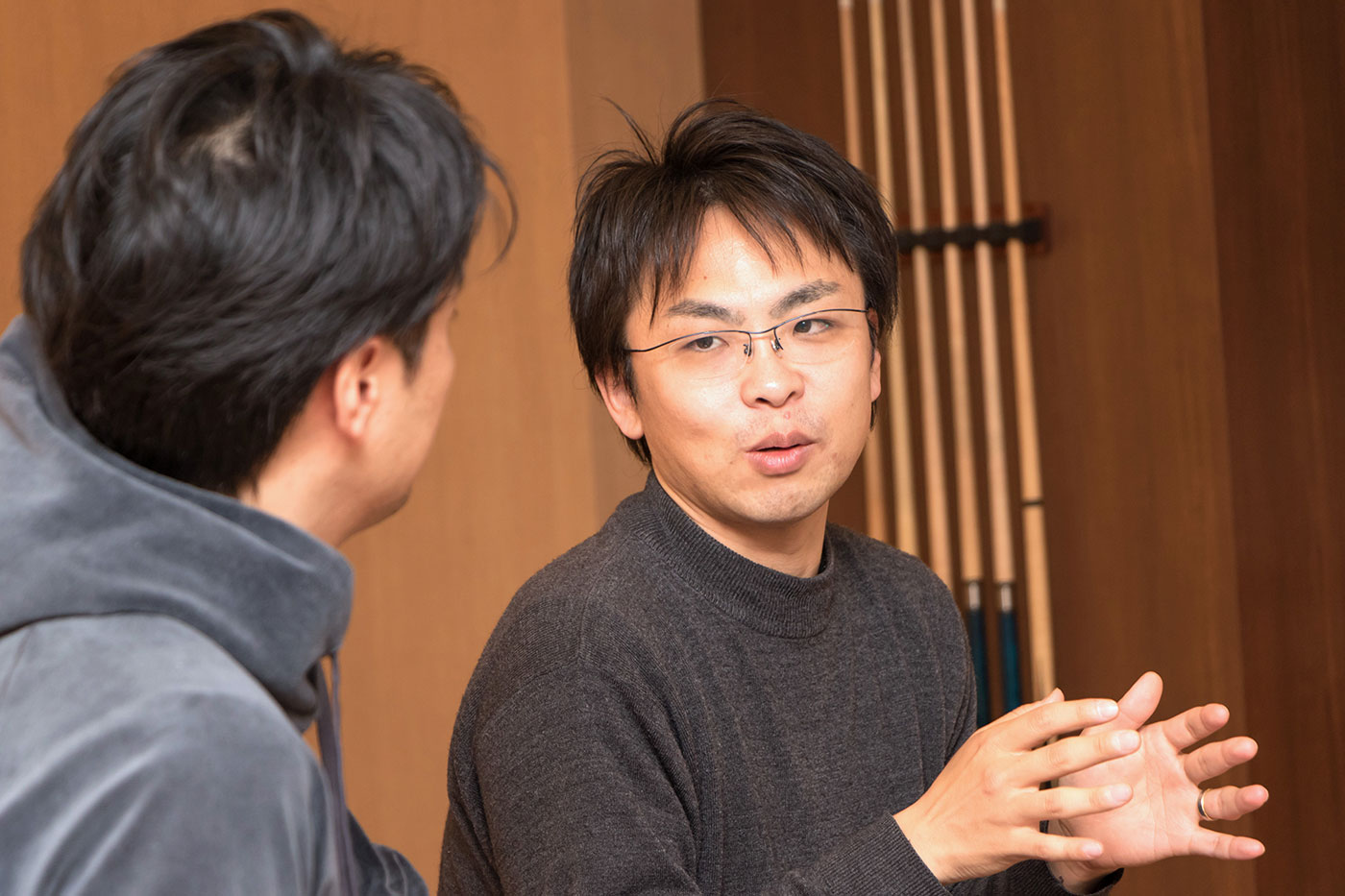 Keiji
I completely feel the same.
It's VUCA era, Colorkrew has a particular reason there for individual growth.

Work should be fun! Life is 100% happy when you’re working like you’re playing

Kuranuki
Going back to our previous discussion, a common point we have is that work should be fun.
The state of not knowing whether you’re playing or working is the best.
Work like you’re playing.
If that state can be carried on, I think we wouldn’t need to say work life balance.
I also don’t want to shorten work hours.
Of course you’ll be happy having private time as well but, if you’re happy with work time then you’ll be 100% happy. I think a company that can work like playing is the best.
The difference with Colorkrew is probably that we don’t have distinct goals.
What do you want to do as a programmer rather than impacting the world? When asking employees what would be the most important, they said “something that can polish one’s skills”.
Is it making a great service like Facebook, we’d asked, but that wasn’t it. It’s gaining new skills and such.

Keiji
That isn’t a service.

Kuranuki
It’d be good as a service though.
When thinking that polishing one’s own skills is important, it’s no longer an occupational world.
The occupational world doesn’t have goals, it's not just extreme continuation isn't it?
The members of a group are not only colleagues heading towards the same goal, but also rivals.
The path is walking along together on the programming road.
In the world of sushi chefs, why workers of this profession are doing this kind of job is to spread “the culture of sushi”.
I think spreading culture is important, so we want to spread “a culture that programmers can make a lifelong job”.
Informing this culture to the people of the world, I think it’s great if there’s an impact as a result.

Kuranuki
It is gradual.
I think it'll take 30 years. (laughs) 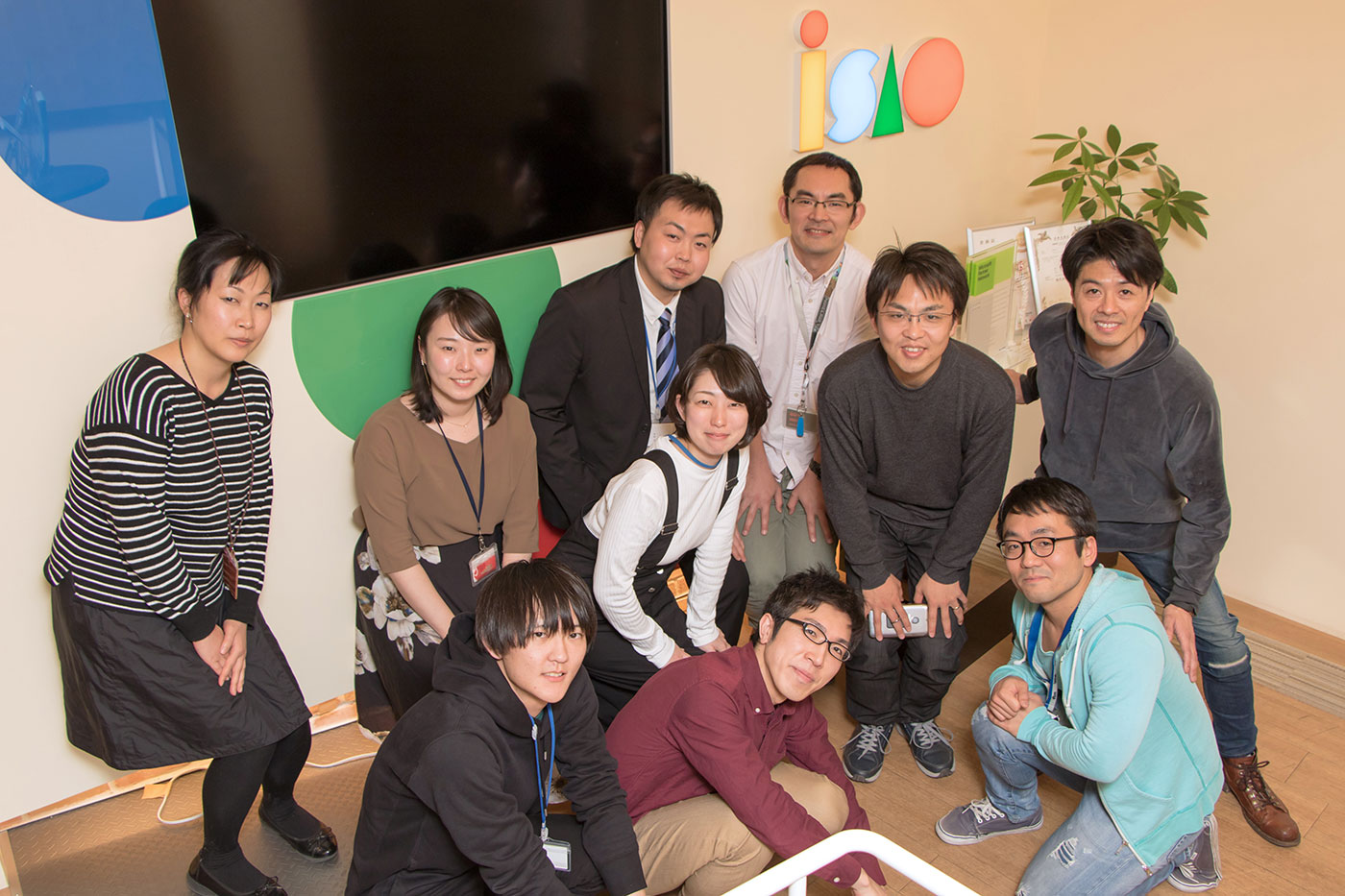 「We were able to ask President Kuranuki about “contract development without deliver goods” and his thoughts on how programmers should be which was a stimulated interview.
Kuranuki and Nakamura. Sonic Garden and Colorkrew. The overcoming weapon, with different fields, an interview that sympathizes with each other’s approach to achieve each painted vision.
Let’s leave a good impact to be handed down to posterity in society together!